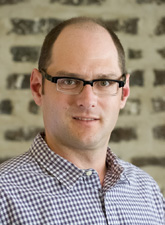 Ryan Goulding received his undergraduate degree in Mathematics and Education from Augustana College in 2000. After spending a year teaching high school math, Ryan took a job in 2001 with a Northbrook-based CPA firm specializing in tax and accounting services. During his six years with the firm, now called Weltman Bernfield, LLC, Ryan went back to school to get a Masters in Accounting at University of Illinois at Chicago, and then passed the CPA exam with exceptional scores in each section. Ryan left Weltman Bernfield and opened his own office in Northbrook in 2007, focusing on tax and accounting services for businesses and individuals as well as professional bookkeeping services. In 2009, he moved his office to Andersonville, and in 2013, he relocated to his present location in the historic Uptown Broadway Building. He has performed work for retail shops, landscaping, law firms, real estate, engineering, publishing, venture capital firms, construction companies, manufacturing, non-profit and more. 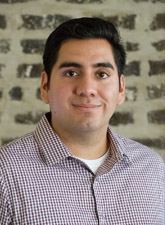 Alex joined Ryan Goulding CPA in early 2016. He graduated from DePaul University majoring in Accounting. He grew up in the Midway area, attending Whitney Young Magnet High School. The son of a self-employed jeweler, Alex is quite familiar with small business bookkeeping. Also, as the son of Mexican immigrants, Alex is fluent in Spanish.

Alex is excited to grow with the company along with small business clients just setting up shop. He is currently taking classes at City Colleges of Chicago in order to get enough hours to take the CPA Exam. Recently he became an EA*.

*An enrolled agent is a person who has earned the privilege taxpayers before the IRS by passing a three-part comprehensive IRS test covering individual and business tax returns. https://www.irs.gov/tax-professionals/enrolled-agents/enrolled-agent-information